Yes it is so! I have signed up again! I can't wait to start drawing for my new theme "Uncharted Waters". Let the drawing journey begin!
Posted by Liz Urso at 7:40 PM No comments: 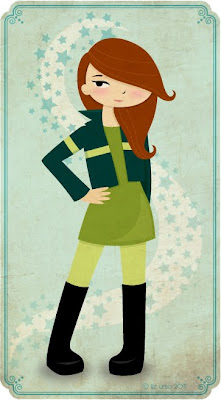 This one is another colored pencil illustration on wood. Largest drawing I ever did with colored pencils and I paid the price! I had to make a colored pencil order today which I can't wait to get!
This drawing measures approximately 12" across by 23.75" high. It's a biggie too bad this picture doesn't really show how nice it is in person.
Posted by Liz Urso at 5:31 PM 2 comments:

The last of my birdie series, at least until something else gets done.
;)
Posted by Liz Urso at 10:36 PM No comments: 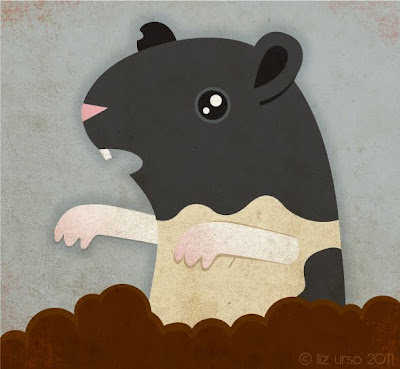 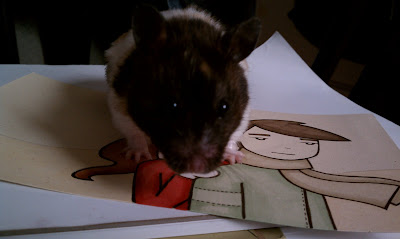 So about two weeks ago, my hamster decided to check out. I kind of saw it coming being that she was sleeping a lot more and not letting me pick her up. I had a feeling she was sick but there is only so much you can do for a sick hamster. This particular little one definitely will stick out in my mind for being just a teeny bit extra special. She was picked on a lot by her sister hamster who also passed away suddenly last year. Unfortunately led to her being in a separate cage but I think she was happy about that. She had a little battle tear in her ear and was a real nervous wreck. I didn't think I would ever be able to pick her up or anything but after awhile she definitely became pretty friendly or tolerant of me. She has gone through various names but none of them stuck until one day my mom just started calling her Sammy. So Sammy it was. She had black, white and brown spots. She was my little cow! She'll be missed. So in her honor I made her into a zombie hamster where she'll walk around in hamster heaven or more like my hamster graveyard and gnaw on all the other hamsters I had owned previously!
In Memory of Sammy 2009-2011
Posted by Liz Urso at 8:18 PM 1 comment: